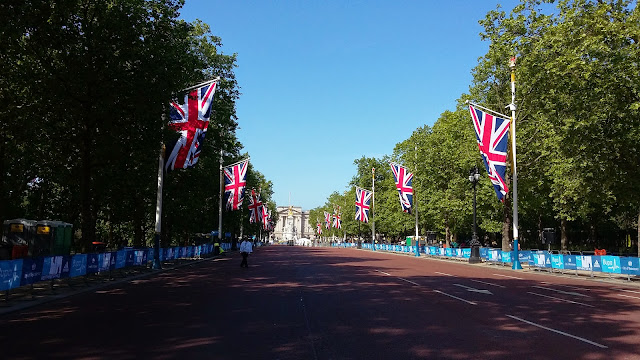 Over the bank holiday weekend, BUPA held a number of running events in London, including the Westminster Mile, one of the most iconic miles in the world that starts on The Mall and finishes in front of Buckingham Palace.
Thousands of runners of all abilities took part in the amazing event on Sunday, with races starting at 9.45am and continuing well into the afternoon, so you could really make a day of it and enjoy the buzz and excitement. As well as the masses, there were former Olympians taking on the mile, wheelchair racers hoping to break 3 minutes and both elite men and women fighting for victories.
I entered with an estimated time of 6 minutes and was placed in one of the first waves starting at 9.45, so with mum in tow we made our way to St James Park early on Sunday morning. I received a race pack earlier in the week with my number, timing chip and all the info, so it was an easy, worry-free journey, tying my chip onto my shoe and pinning my number to my vest on the tube. 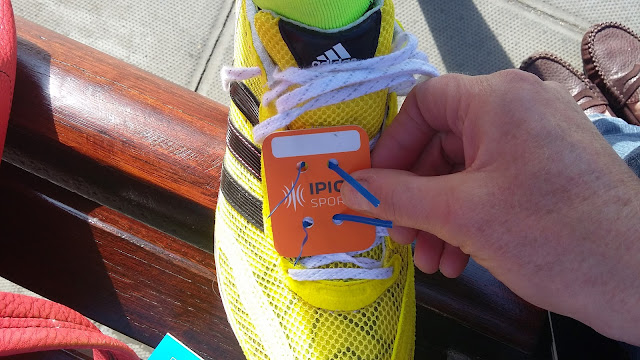 We arrived at the park and walked across to the start line for about 9.15am, plenty time for a warm up and to get our bearings for a meet-up location post-race. Apart from those running in the early wave, it was quiet, no spectators around, just volunteers setting up, so we took some photos and then mum headed off to find a spot to cheer from. 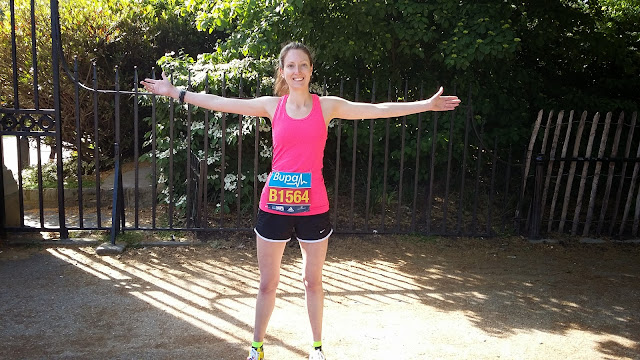 As the sun was out, I found a shady side street to warm up and do some drills to get my legs firing and then with about 10 minutes to go I lined up with the others in my wave behind the start line. It then dawned on me that I was in the second group to set off, just behind those hoping for sub 5:30 mile times and I had a quick look around me to see what I was up against. Maybe my time of sub-6 was a little optimistic? We were being led off at 2 minute intervals so it would be pretty obvious if I was at the back of my pack! I quickly forgot about times though as Steve Cram was introduced as our official race starter and we were told that it was the 30 year anniversary of when Steve ran this distance and broke the record in 3:46:32, a UK record that he still holds today. With that achievement inspiring everyone around me, it was go time, and as I stepped across the start line, I started my watch and tucked in behind a few club runner men.
The route took us down The Mall towards Admiralty Arch, before a sharp right turn past Horse Guards Parade, set up for Trooping of the Colour. Another right turn then took us down past Wellington Barracks, behind Downing Street and the Cabinet War Rooms, before a final right turn onto Birdcage Walk and into the home straight for a memorable finish at Buckingham Palace.
It went in a flash. After the first turn, I felt a gentle downhill and breezed past a few girls just before the halfway mark. With 400m to go, I spotted mum cheering on the sidelines and gave her a wave, before picking up the pace and sprinting round the corner to see the Palace and finish line. I could see the clock ticking as I approached the finishing arch and with a sub-6 in my sight I bolted for the line and sneaked in at 5:58! Epic. I’ve never run a race so short but think I timed it ok, not feeling like I’d kept anything back and having that little bit extra at the end to sprint for the line. I was so chuffed with my time and the atmosphere at the end was electric, steel drum bands blaring and crowds cheering. I got my timing chip cut off and was given my goody bag, then I headed back to find mum on the bridge in the middle of the park. 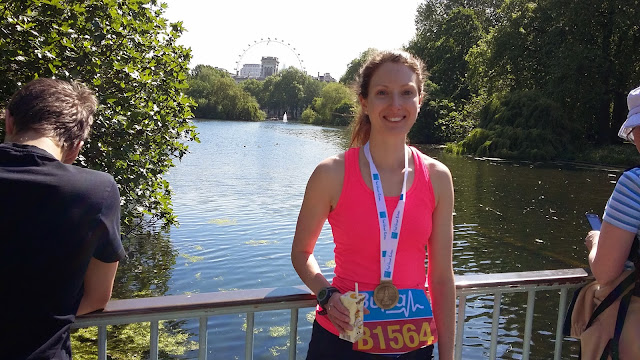 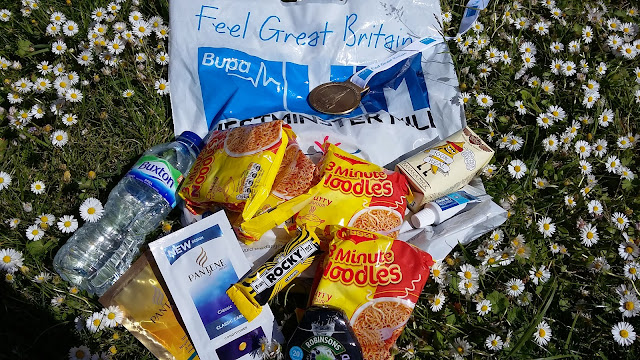 The contents of the goody bag left us a little puzzled (five packets of curry-flavoured noodles?!) but I enjoyed my dairy-free Rebel Kitchen banana milk! We headed off for breakfast at Pret round the corner, then went back to the finishing straight to cheer on the runners in the later waves and see the action of the more elite racers. It was amazing to see Steve Cram run again and he won the Olympian wave in 5:43, not too far ahead of my own time! 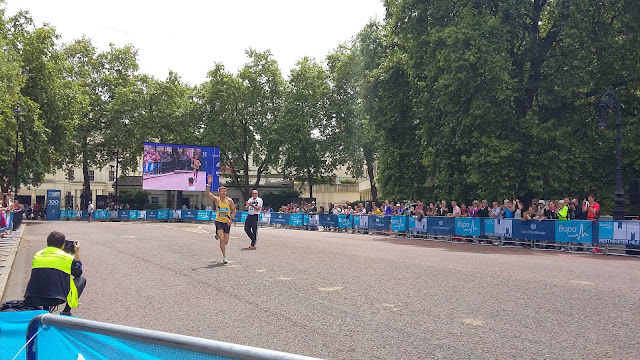 We also managed to see the tense battle in the women’s elite race, with Hannah England leading right until the last few metres, when Rachel Bamford (of the Lornah pride!) struck for home and stole the victory! Amazing race! 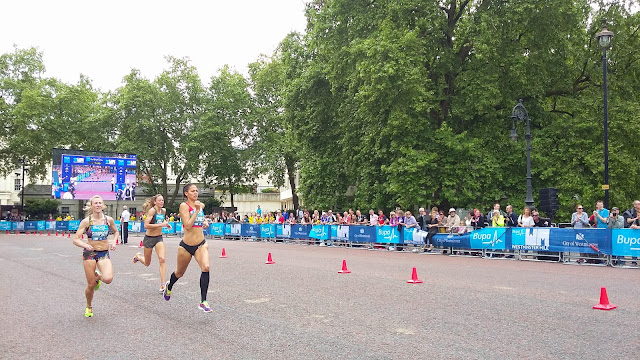 I loved everything about this event and will definitely be signing up for a place next year. The mile is such a good distance to test your speed and pacing ability, and short enough that anyone can give it a go, which is exactly what we saw in the later races with even the youngest kids taking part. The atmosphere surrounding the event was electric and so inspiring to see everyone giving it a go, from the non-runners to the best of the best in professional athletics. See you on the start line next year??