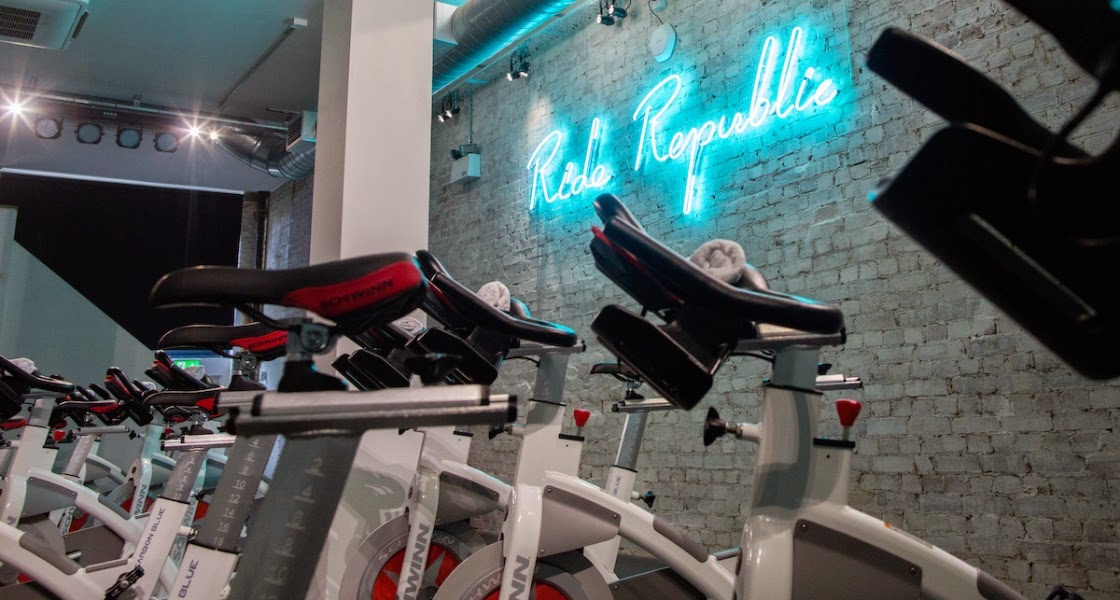 A long distance relationship means making the most of opportunities to workout together, and as well as running, I like to challenge Nige and take him along to some of my fitness classes. I understand where he’s coming from when he refuses to come along to ones full of girls, and unfortunately, even in my toughest workouts including Insanity, there’s definitely a full-on female vibe.

We’ve been to a spinning class in Edinburgh before, trying out PedalHouse when it first opened, and we both really enjoyed it. Ride Republic recently opened nearby in Parsons Green, so I thought it would be the perfect opportunity to give spinning together another go.
On Sunday morning, we went along to try out the 9am Ride 45 session with Carl (I specifically booked this one as the male instructor was a bonus). I had booked into the class using my ClassPass membership, while Nige had registered online and used his free trial for first-timers. You arrive and sign in on the ipad, check your bike number, swap your trainers for cleats, grab a water and weights, and make yourself comfy on your bike. 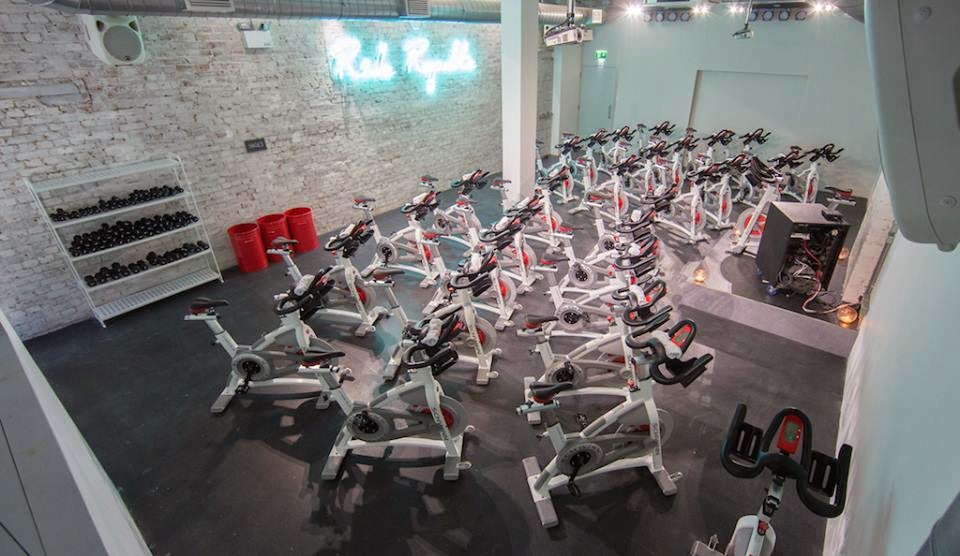 For an early Sunday morning class, the bikes were pretty full, but I was a little disappointed to still see only one other guy apart from Nige in a sea of girls. He didn’t seem phased though, so heads down, we got stuck into our workout. Twelve tracks, including a warm up, interval sessions, hills, sprints and a  cool down. The best thing I found about the studio, and Nige agreed, is the ability to see your gears and rpm on a screen in front of you. Bikes in most other studios we’ve tried have the dial to change your gears up and down, but it’s guesswork as to what resistance you’re adding. Carl led us through different tracks with guidance as to what resistance and rpm we should be aiming for, gradually building through the gears on a hill climb or lowering them for speed on sprints.

More than half way through our intervals, we gave our legs a break and Carl took us through a track to focus on our upper body using the dumbbells. I’d taken the 2kgs and given Nige the 3kgs, but not being used to any arm workouts, he struggled (!) and afterwards told me he thought that section was a waste of time. Personally, I think it’s good to mix it up to get a full body workout, maybe just start with lighter weights if you’re not used to lifting.

We left the class feeling sweaty (someone more so than the other!) and buzzing, ready to take on Sunday. Spinning is such a different workout to running and on our way home, we talked about that lactic acid build up you feel on the bike, but hardly ever when running. It’s a great form of cross-training and I think it’ll be easy to persuade Nige to come along to another class with me. I’m so lucky Ride Republic is included in my ClassPass membership and for others new to the studio, take advantage of their Intro offer of 3 rides for £20. As well as the Ride45 classes, they also have Silent Disco and themed rides to try out. 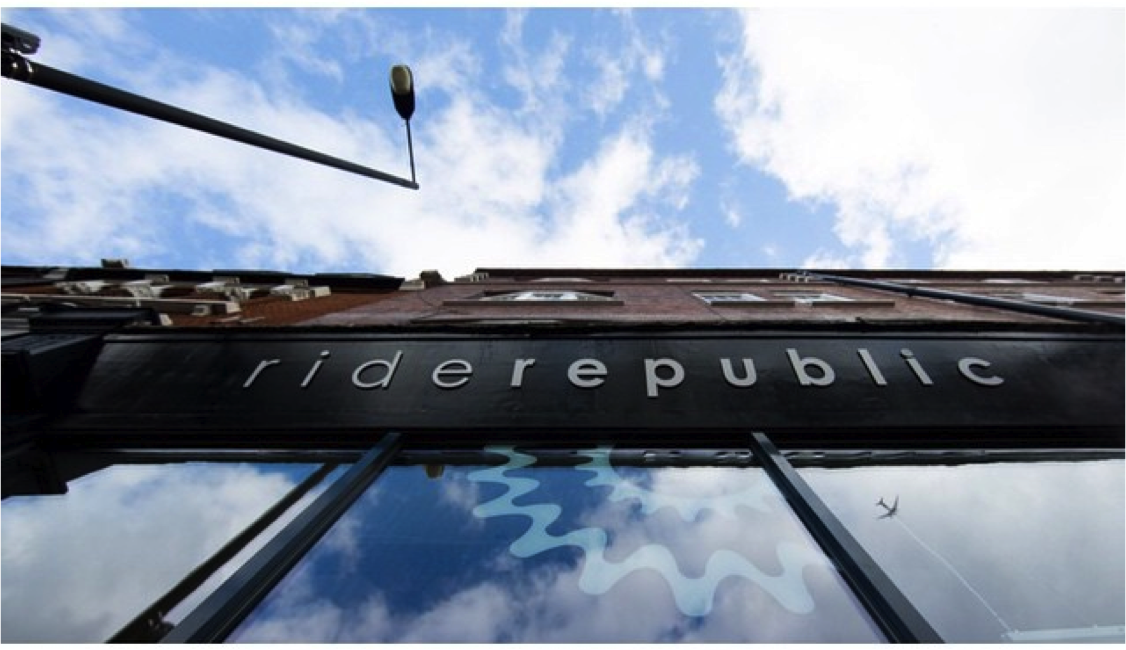 Next time you head to a class, see if you can tempt your other half to join you. It was definitely worth getting up early on a Sunday for our spin class and made our not-so-healthy fry-up breakfast well deserved!