In May, the Pint of Science Festival will bring together our scientific researchers and the public, for an evening of exciting talks all held in your local pub!

The brain child of two researchers at Imperial College London, Michael Motskin and Praveen Paul, the festival was inspired by a ‘Meet the Researchers’ event – bringing people affected by Parkinson’s, Alzheimer’s, motor neurone disease and multiple sclerosis, into the labs to meet the researchers and find out what they do. The pair then thought that if people wanted to come into the lab to meet scientists, why not bring the scientists out of the lab to the people (seriously, we science folk don’t get out much!)
The first Pint of Science festival was held in 2013 and featured top scientists discussing their ground-breaking research to lovers of both science and beer! Now in its 3rd year, the festival is bringing more talks to the pubs, across many cities in the UK between Monday 18th and Wednesday 20th May 2015. So if you like science and beer, have a look at the line-up, there’s plenty to chose from, or check out my top picks in London!

How to win a Nobel Prize
Wouldn’t that be nice?! How do you know how to discover something you don’t know is there? We’re looking for all the answers.
Monday 18th May, 7pm. The Prince Albert, NW1 0SG

How to keep your Brain and Body Happy
Join a psychiatrist and Professor of Immunopharmacology to learn how our emotions and social interactions impact on our mind and well-being.
Tuesday 19th May, 7pm. Sekforde Arms, EC1R 0HA

Re-engineering the Human Body
Be amazed as Dr Claire Higgins and Dr Benjamin Almquist discuss new technologies that are revolutionising our healthcare, including nanoparticles that are being created to treat cancer and cells that can be made to grow artificial tissue to cure injury.
Wednesday 20th May, 7pm. The Bolton, SW5 9BQ

Not London-based? No worries, the festival is being held in 12 UK cities, including Glasgow for my Scottish peeps at home!

My pick from the Glasgow line-up would be The Science of Sci-Fi at Waxy O’Connors on Wednesday 20th May, 7pm. The pub (tucked behind Glasgow Queen St Station) welcomes Professor Martin Hendry, an astrophysicist and life-long Star Wars fan, to explore explores the science behind Star Wars, Star Trek and Interstellar, and invites you to come along and feel the force! There’s also a pub quiz (science-based, obviously!) after to get your competitive sides out!


Tickets for all Pint of Science events are available to buy now for a very reasonable £3 each, though they’re booking up fast! http://pintofscience.co.uk/

Let me know if you’re going along to any and where you’d like to see the festival go to next year (Edinburgh, EDINBURGH!) 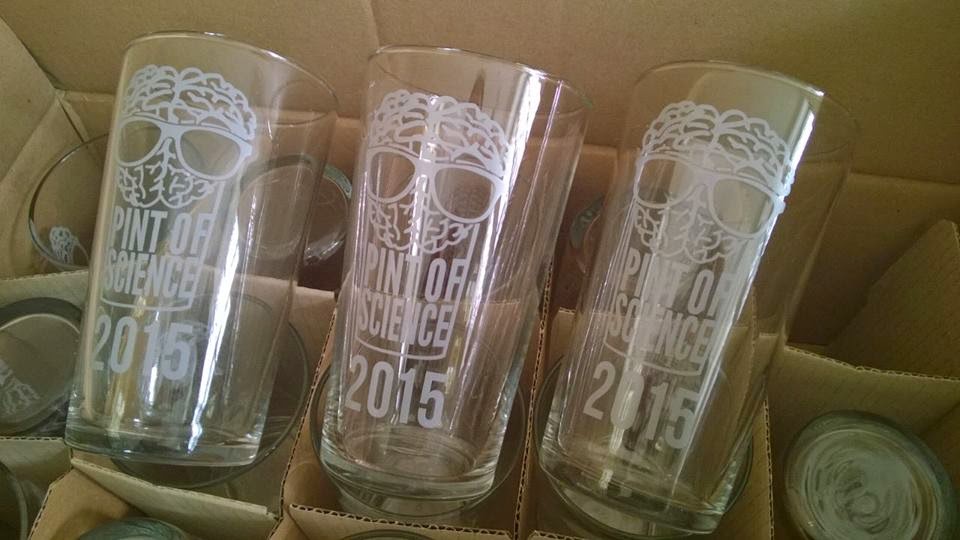