On the last Wednesday evening of every
month, the Science Museum in London throws out all the screaming kids and tired
parents and invites curious adults in to play. Each Late event has a different
theme and this month they delved into human enhancement to explore the latest
advances in technology with the scientists who are developing them. 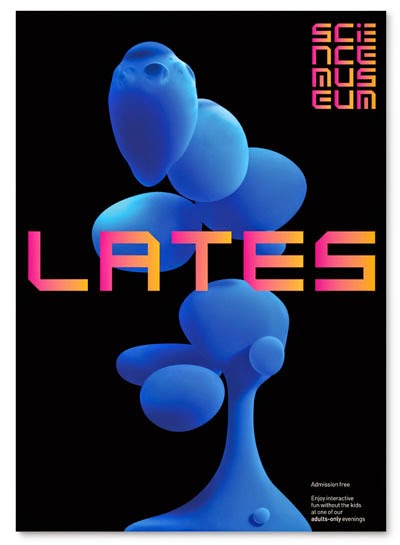 I went along to listen to a talk from the English Institute
of Sport’s Dr Emma Ross who explained how science is being used to improve
performance in elite sport. As a scientist and a runner, although far from an
elite athlete, I was interested to hear how the EIS helps our British athletes
reach the top of their game and I thought I’d share this with you.
Dr Ross gave an insight into some of the most effective
ways in which scientific research has improved our athletes’ performance:
Altitude training
For the misinformed like myself, there is no less oxygen at
altitude than at sea level, but a reduction in partial pressure of oxygen means
that we have to work harder to transport this oxygen to our muscles. Training
at altitude forces the body to acclimatise to these conditions by making more
red blood cells and haemoglobin. Athletes like the
great Mo Farah train at altitude up to three times a year, usually for periods of five
weeks. The EIS found that simulating altitude conditions using a hypoxic tent
(see photo below) before the
athletes travel to Kenya for example, allows them to train as hard as they
would normally, optimising the benefit of training at altitude.
Concurrent training
As well as practicing their sport, be it hockey, swimming or
the 800m, athletes include strength and conditioning in their training
schedules. Scientists have used cell biology and mechanics to identify the
specific muscle groups that are required during each stage of an athlete’s
event. The EIS builds a unique programme of event practice and conditioning
tailored to complement an individual’s practice, including important rest
periods. 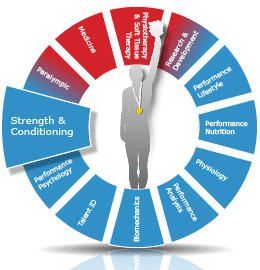 The ‘hot shorts’ worn by Victoria Pendleton and the London
Olympic cyclist team in the velodrome took the media by storm and no doubt
contributed to our medal success in 2012. The EIS identified the need to keep
althletes’ quadracep muscles warm between warm-up and the race start, so worked
with scientists to develop heat pads that could be sewn into trousers to
specifically target these muscles. 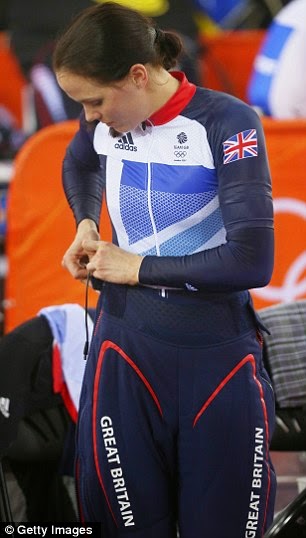 After a short talk, Dr Ross then answered some audience
questions:

Is there a lot of secrecy in new technologies that you
are developing for our athletes so that we have an advantage over competing
countries?
Yes, a lot of our research is kept secret and a good example are the ‘hot shorts’ designed for London 2012. These were years in development and were only seen by others at
the Olympic games when we put them to use.
If you could develop one piece of technology that would
revolutionise athlete performance, what would it be?
Well, I’d be out of a job! but it would be an app used by
all athletes that would link to a database full of individual
histories and important data including heart rate, hormone levels and blood
glucose. Our ultimate goal is to keep the athletes fit and healthy so they can
train to their full potential, as we know the biggest factor in performance is
the number of days an athlete has been able to train. Our biggest problem is
when an athlete overtrains so this app would let us know if this happening so
we can tell them to rest!
Are there any scientific clues as to why Yorkshire has
produced so many elite athletes?! (we’re talking the Brownlee brothers, Jessica
Ennis and Nicola Adams, the list goes on)
We’ve had amazing success from this English county but we haven’t identified a scientific link yet! I
think they all just have grit determination. The Brownlee brothers are a great
example, their training and racing ethic is unbelievable, they would literally have to die before
they stop.
It was inspiring to hear the hard work of EIS research scientists in this field and how well our athletes are being looked after. The continued success of the EIS will no doubt prove essential as our Olympians look towards competing in Rio next year.
Thank you to Dr Emma Ross for sharing her work at the Science Museum Lates: Life Upgraded. For future events at the Science Museum, visit http://www.sciencemuseum.org.uk/